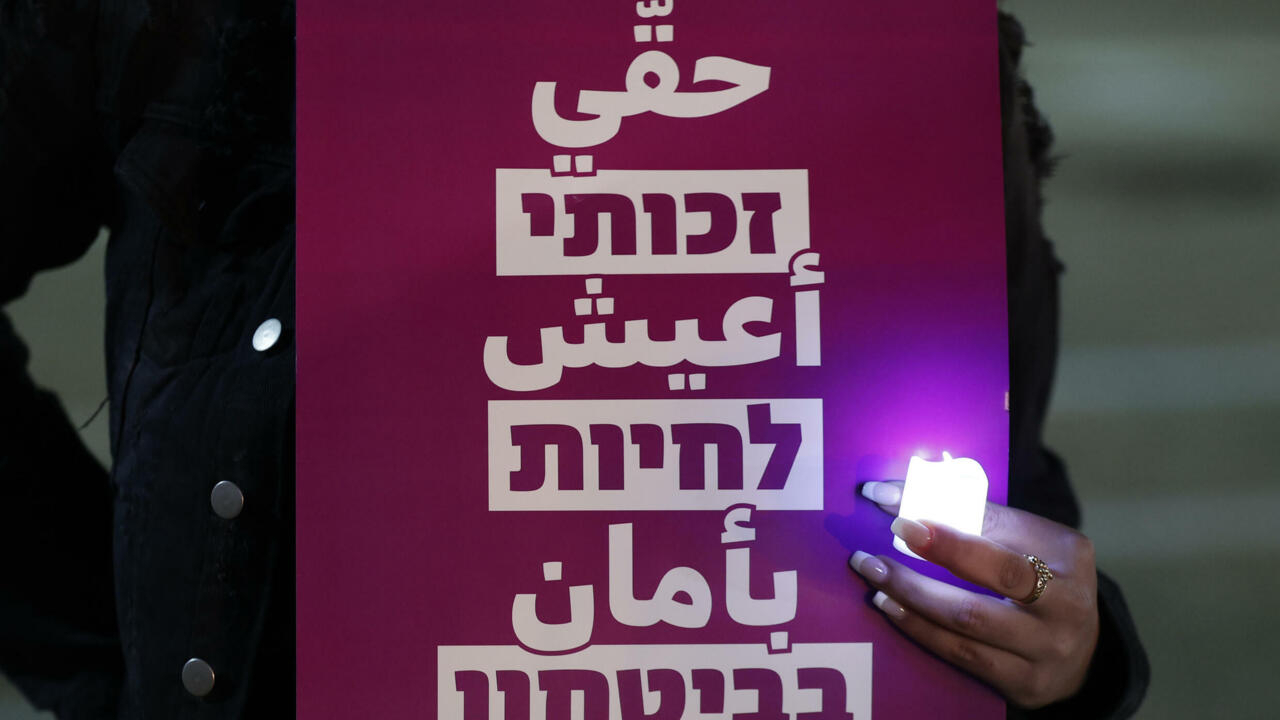 Jerusalem (AFP) – Sami Abu Shamsia’s wrists were covered with bandages covering wounds he says were inflicted by gangsters who kidnapped him in October, part of an unprecedented wave of Arab crime in Israel.

Still bruised, he reported bullet holes in the gate outside his home in East Jerusalem, a reminder of the car shootings that preceded his kidnapping.

Recalling his five days as a hostage, Shamsia, 47, told AFP he was being held in the central city of Lod, one of the areas affected by the violence that is ravaging the Arab minority in 20% of Israel. .

“I was blindfolded. My hands were tied behind my feet. My feet were tied with ropes and I was lying on the ground. They beat me and threatened to shoot bullets in my legs,” he said. -he declares.

Authorities blamed the wave of violence on Arab criminal families who have accumulated power and weapons over the past two decades.

“A state within a state has developed,” Bennett said late last year, accusing the gangs of acquiring “sufficient quantities of illegal weapons for a small army.”

Public Security Minister Omer Barlev said “the families of the crime in the Arab sector” “hold the community by their throats”.

Bennett’s coalition government, the first in Israel’s history to be backed by an Arab party, has approved measures to combat violence by improving the socio-economic conditions of Arab citizens who have long complained of a unequal treatment compared to Jewish Israelis.

These programs include a staggering $ 9.4 billion in funding over five years to “bridge the gap” between the country’s Arab and Jewish citizens, focusing on promoting employment, especially in high tech, and improving social services.

But such interventions, which are still in the process of taking off, have not prevented 2021 from becoming the deadliest year on record for the murders of Arab victims.

According to the Aman Center, a civil society group working to reduce violence in Israel’s Arab community, a record 128 Arab civilians were killed in 2021 as a result of violent crimes.

Shamsia, a trader working in the occupied West Bank, told AFP that Lod-based mobsters wanted to collect around $ 270,000 in debt owed by his brother, a vagrant with a criminal past denied by the family six years ago.

Shamsia said he refused to pay.

During the October 14 kidnapping, filmed by security cameras seen by AFP, a vehicle drove into the compound where Shamsia works and men caught it.

“I insisted that I would not pay money that I never borrowed,” he said.

His stubbornness apparently led to his release five days later.

Walid Haddad, a criminologist who previously advised Israel’s Interior Ministry, said there are five main Arab-controlled criminal families in the country whose power has grown significantly since 2003.

That year, a failed assassination attempt on prominent Jewish gangster Zeev Rosenstein killed three innocent bystanders in downtown Tel Aviv, prompting then Prime Minister Ariel Sharon to order a crackdown on the crime. organized run by Jews, with the help of the American FBI.

Once the Jewish Mafia weakened, Arab gangs that had been “contractors” for the Jews, “began to fill the power vacuum,” Haddad told AFP in the predominantly Arab town of Nazareth.

“They decided to base their activities in Arab communities because they knew the police didn’t care what was going on there,” he added, adding that the Israeli security forces prioritized Palestinian political violence versus mob crime.

Haddad and other experts told AFP some of the violence was sparked by a growing business of loan sharks among Arab Mafiosi, who offer quick cash to Arab citizens underserved by major banks Israeli.

Jaafar Farah, director of the Center for Equal Rights in Haifa who lobbied the Israeli parliament on behalf of Arab citizens, said “Israeli banks discriminate against Arab citizens.”

“They (often) don’t give loans to Arabs, so people are forced to borrow at high interest rates from criminal gangs on the black market,” Farah said, explaining that funds are sometimes delivered in silver bricks by courier on motorbike.

But, if the borrower “does not pay, first they break his legs, (then) they kill him”.

What to expect when you take out payday loans